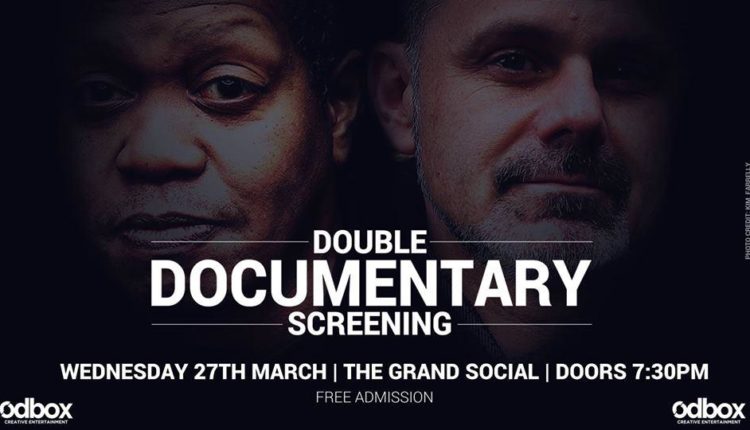 The Odbox are proud to present a Double Screening of two amazing Documentaries ”Jabbawookie” and ”Brew’d in Dublin”. The Screening takes place at The Grand Social, Liffey Street on Wednesday 27th of March from 7:30pm.

Both Documentaries were filmed over a 12 month period charting the life of Eamonn Jabbawookie Barrett and Brew Mbirika who have both seen the ups and downs of the Irish music scene. The idea for the Documentary series spawned from the minds of Ballyfermot men Larry Skynt, David Duggan and Jonathan O’Sullivan who had one goal which was to give a voice and a platform for Irish Musicians.

There will be music on the night to keep you entertained between each documentary, so it’s guaranteed to be an amazing night. It’s free admission on the night so no excuses.