Everything You Need To Know About The Toy Show 2020 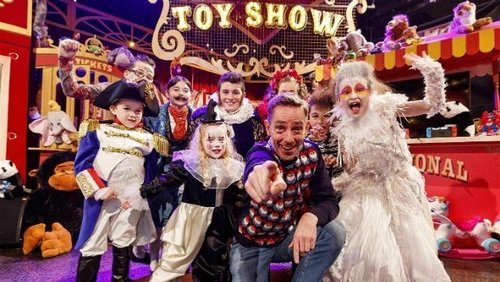 The Late Late Toy Show is an annually airing show that airs on RTÉ One in the weeks leading up to Christmas. Those familar with the long running show will know it is a chance to choose what Christmas presents you want this year. It is also a time for families to sit down and watch it together.

Both long time fans and young children were anxious that the show won’t air this year due to the on-going Coronavirus situation. RTÉ assured viewers that the show will not be cancelled and will air as normal.

The show is set to return this Friday, November 27th from 9.35pm on RTÉ One. On top of this, channel RTÉ News Now will also be airing the show with added Irish Sign Language. This will be Ryan Tubridy’s twelveth time hosting the annual event.

COVID-19 restrictions here and globally have meant some people may not be able to travel home for Christmas. Usually, the RTÉ Player is geo-blocked (you cannot access it from other countries), however, if you are not watching from Ireland, RTÉ have decided to lift the ban and allow international audiences access the Player just this Friday to watch the show live. Here are the times for people overseas: 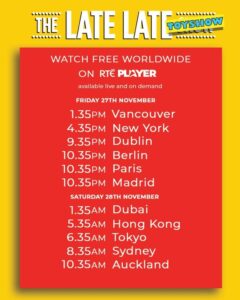 Commenting on the announcement of the show a couple of weeks ago, Tubridy said that this year’s show will be “the most important toy show ever”. Every year, there is a theme for the show. In previous years, the themes were Frozen and Shrek. The theme of each show is kept a secret to the public until closer to the night. Tubridy has said that the opening number [and theme] will be “unguessable”.

Here is the trailer:

Telecom Éireann investors are being sought to participate in new documentary