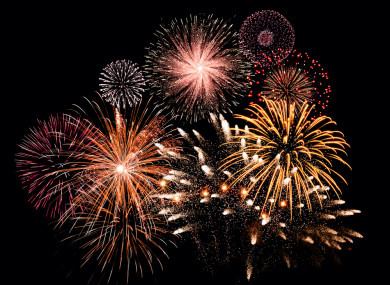 Dublin City Council is set to establish a task force to deal with the ongoing issues with fireworks that are terrorising neighbourhoods all over the city.

An emergency motion was tabled and unanimously passed at Monday night’s council meeting. The motion called for full powers to confiscate the illegal explosives by gardaí, who will also form part of a joint task force with city councillors and officials. The motion also calls for the Commissioner and Assistant Commissioner for the Dublin Metropolitan Region to increase garda resources, including overtime, to ensure a swift response to calls from the public.

The problem with fireworks in Dublin has been ongoing for weeks, with numerous areas in the city have reported them going off on a nightly basis. Some areas have suffered worse than others with this ongoing issue and it has now seen a direct escalation into anti-social behaviour as some Dublin residents have seen fireworks being posted through their letter boxes and had fireworks thrown while they are out walking and driving.

Until now gardaí have unable to find the suppliers of these fireworks due to a lack of resources and are asking members of the public to contact them if they have any information regarding this ongoing issue.

Members of the public can contact their local garda station or the Garda Confidential Line on 1800 666 111 if they have any information to share. No word as of yet if the South Dublin County Council will set up their own taskforce to deal with this issue but it can be expected that they will.

Be Active Bingo to take place on September 29th