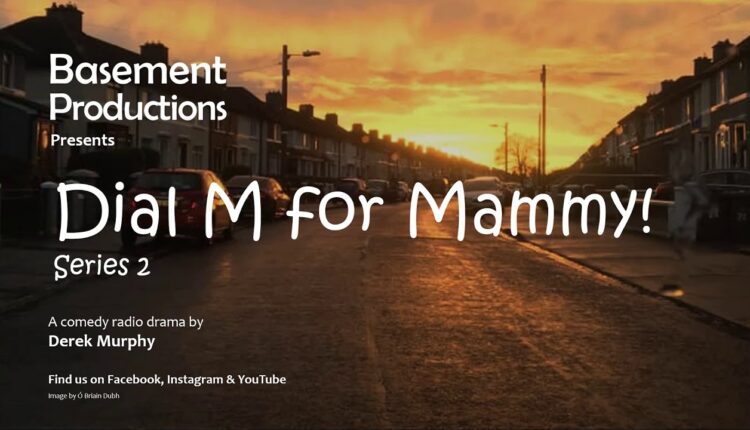 ‘Dial M For Mammy’ is comedy radio drama written by local playwright Derek Murphy and is produced by local company Basement Productions. If that wasn’t local enough, local actors perform in the show as well!

With the success of both Season 1 and 2, it has been confirmed that a third season is in the works and is expected to launch in the coming weeks! Each season has had their own cover art. Season One had the Familibase Black Box Theatre and Season Two has a road in Ballyfermot being lit up by the sun. With Season Three right around the corner, Basement Productions are looking to refresh their cover poster and would welcome photos of Ballyfermot from anyone who might be interested in submitting one.

To submit a photograph, simply head on over to the Basement Productions Facebook Page and send them your pictures!

You can listen to ‘Dial M For Mammy’ by Basement Productions on Together FM every Saturday from 12:30pm to 1.00pm! Each episode is also posted onto various social media platforms such as Facebook, YouTube and Instagram.

Met Éireann Warns Of ‘Hazardous Conditions and Disruption’ Due To Snow