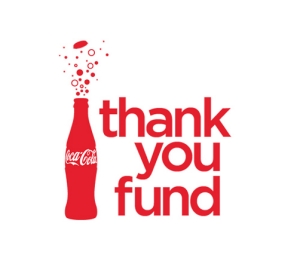 Coca-Cola has announced today that it is increasing the funding available through the 2020 Coca-Cola Thank You Fund to €100,000. The deadline for applications has also been extended until the 19th of October. This year the Fund is focused on supporting youth-orientated nonprofit groups across the island of Ireland most impacted by COVID-19.

The Coca-Cola Thank You Fund launched in August with a commitment of investing €50,000 to support community groups working directly with young people most at risk – to help build their resilience, meet the education gaps that exist and tackle the mental health challenges they’re facing today and will continue to face over the coming weeks, months and even years.

Since then the company has been overwhelmed with the response to the Fund and the numbers of applications received to date. Due to the level of demand and the escalating pressures facing young people and community groups across Ireland, Coca-Cola has increased this year’s Coca-Cola Thank You Fund from €50,000 to €100,000.

Commenting on the additional investment of €50,000 in the Fund Petre Sandru, Country Manager of Coca-Cola Ireland said: “This year the Coca-Cola system tailored our community-based initiatives to specifically address some of the emerging needs facing Ireland’s young people as the impact of Covid-19 was fully realised. The 10th annual Coca-Cola Thank You Fund was launched in August with a very clear focus this year on supporting young people during this current period of uncertainty. Through the Fund we want to play our part to ensure services can remain open for young people right across this country so that they can engage in programmes that support them to become accustomed to a new way of living following the impact of recent months.”

“Since the Fund launched, we’ve received hundreds of applications from many worthy youth groups and nonprofit organisations from around the country. Following the strong response from the sector we’re delighted to be in a position to increase the funding available through the Fund this year from €50K to €100K. We’ve extended the original closing date for applications to give more groups the opportunity to apply and avail of this funding.”

Applications for funding can be made via www.coca-cola.ie/thankyou until midnight on Monday, the 19th of October.