Ballyfermot Social Enterprise Limited traded as West Dublin Access Radio: It ceased trading in November 2014 – A HISTORY OF Together FM 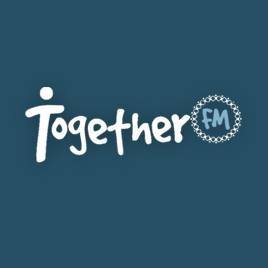 Ballyfermot Social Enterprise Limited traded as West Dublin Access Radio and was set up in 2003.

Financial support came through POBAL and the BAI.

In addition a staff of seventy volunteers participated on a weekly basis.

The station operated for twelve years with live broadcasting of programmes to West Dublin over six days 9am to 7pm daily.

The station ran into trading difficulties and was forced into voluntary liquidation. It closed with the broadcasting licence being withdrawn.

No further information is available.

The current broadcasting station Ballyfermot FM evolved as a result of the close down of West Dublin Access Radio.

Rather than have the radio station disappear altogether the former staff and volunteers came together and after a number of meetings in 2014 and early 2015 it was decided to set up Together  FM. A volunteer driven station which could operate without a broadcasting licence as all programmes are streamed over the internet with a number being pre-recorded.

Initially all involved were very enthusiastic about the venture.

There were many requests to have a radio station operate in Ballyfermot to cover West Dublin from various parties such as Special needs groups, ,The Volunteers from West Dublin Access Radio, Community Activists and the general public.

Equipment was salvaged from the old station and Dublin South FM radio supported the launch with equipment and advice.

Following a public meeting at which a hundred people approx. attended the present entity evolved.

A steering group of five people headed up the new venture with the support of volunteers. This group were unable to commit the time to the project and it did not function.

At a subsequent meeting of those interested in the project it was agreed that the current team of Mary O’Sullivan, Damien & Mary Clarke would run the operation. A fee of €20 per month from all volunteers was agreed as a contribution to the running costs.

All participants operate on a voluntary basis with no remuneration.

They now operate the station on a day to day basis.

No legal basis for the project was established.

The station operates on BAI guidelines and adheres to AMRC Guidelines.

Together F.M has a wide range of volunteers from all walks of life, many of them came from W.D.A.R when it closed.

Some of our volunteers have a varied range of special needs. They also take the opportunity to come into the studio and record.

At the moment we have several different types of shows including, lifestyle, various genres of music, included in this we have programs in different languages including one in Urdu at the moment we also have news and sports programs covering local and notional local events and sports.  Most of the volunteers run their own show including the use of running orders for their songs to be kept on file for possible review by the B.A.I at a later date.

All Volunteers pay a subscription of €20 per month to keep the station open and running.

The key operators on the ground are volunteers Damien Clarke, Mary Clarke and Mary O’Sullivan.

They manage all day to day operations.

The station was launched on the 1st May 2015 and has operated to date.